If you are in perpetual motion doing this, then that, over here and over there, and successfully completing all those things, you are likely an excellent multitasker, and that’s a good thing.

Multitasking is simply the art of doing more than one thing at a time, and it’s a gift, because not everyone has the ability, and some can’t learn the skill. We’ve all heard the term and have likely been coached on how to acquire the skill, but some physiologists believe we aren’t doing two things at once. Rather, we’re switch tasking. Some brains can switch from one task to another quicker than others. And yes, the experts have engaged in tests to prove their point.

• If you have a focus on being ultra-productive, just working on one thing is not only boring, it’s laziness. Looking at multitasking in its traditional sense, many people believe they do efficiently accomplish multiple things at one time. And there is also a group that thinks multi-tasking or switch tasking, is bad for our health.
• This theory, in keeping with our earlier point, isn’t efficient at all because we waste time going back and forth, rather than focusing on one thing until its completion. Also, we don’t commit to either task.
• If you find that you tend to drive slower while you’re talking on the phone and driving, you’re less efficient, so some say. Take a test, drive from point A to point B without being distracted by your cell phone. The time that trip and then on your way back to point A, talk on your phone and see if you arrive in the same period. A 2008 study at the University of Utah states, we take longer to get to our destination if we drive and talk. Another bothersome point is that while we’re talking on our phones whatever we’re staring at is probably not registering at all in our brains. Now that’s a scary thought drivers!

• A 2010 French study states that we are up to 40 percent less productive if we try to do more than two things at the same time. They also learned that we are likely to make more mistakes because it overwhelms our frontal cortex.
• Forcing yourself to stay in high gear all day can be very stressful, and we all know that stress can do crazy things to our bodies and minds. If you’re working on a presentation for work while watching March Madness on the television, your presentation is more likely to contain mistakes, and you are less likely to be satisfied with your performance.
• Additional studies have shown that allowing people to explore two different pictures one behind the other will make the recall of the first image more difficult, particularly if you are in the 60 to 80 age range.
• Many of us find ourselves staring at phones, tablets or laptops at home, which indicates we aren’t seeing or listening to what’s going on in our homes. Not good for the family atmosphere, after work, your date, mate, partner, spouse and children deserve to be your only focus. At least for some specified time frame.
• Another study at the University of Utah in 2013 revealed that people who scored highest on the multi-tasking tests did not practice driving while using their phone and vice versa. Those that did poorly on the tests did use their cell phones while driving.

The test results have indeed exposed a different perspective. To multi-task, switch task or single task, that is the question. What’s your take? Share your thoughts with us, please. 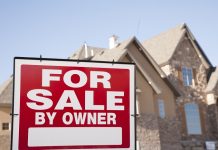